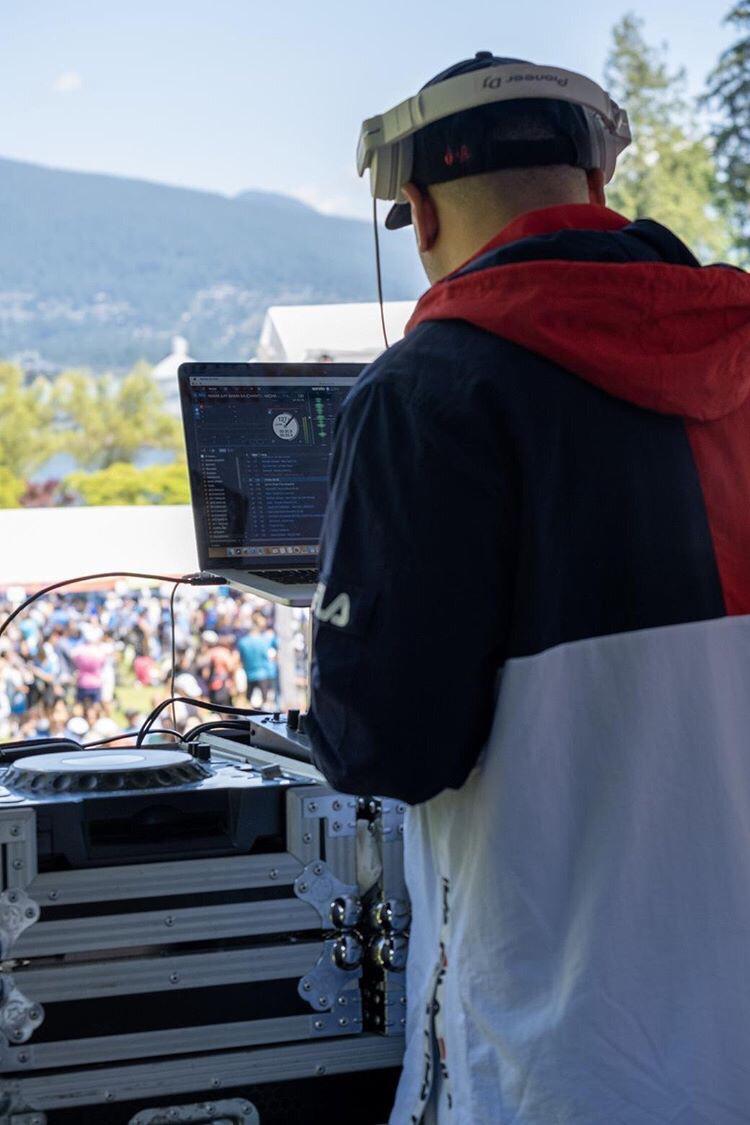 By Ayaz KarimSeptember 22, 2020No Comments

It was a sunny Wednesday in the second week of Vancouver’s COVID-19 shut down when Neky Mahmud pulled his turntables out to his balcony and launched into a feel-good set inspired by the incredible outpouring of support for the front line workers in his community.

“The seven o’clock cheer was the highlight of my day, so I thought, why not bring my turntables out and give some positive vibes.”

DJ’ing professionally for over a decade, Neky wanted to get back to sharing his love for music with others. Energized by the positive spirit of the nightly cheer, Neky started performing a 30-minute DJ set of upbeat tunes, at first from his balcony before moving inside to his den so that he can stream his beats live on his Instagram, @nekythekid, for anyone to join in.

Dubbed the Balcony DJ, the community embraced Neky’s nightly shows and he started receiving messages of thanks as people from around Vancouver tuned in. A highlight was a message from a nurse thanking him for providing a bit of an escape when she needed it most.

“I was giving back as far as my time and my craft, but I really wanted to translate that into something for the good of the community.”

Neky decided to host an event to raise money for Sheway, an innovative and culturally sensitive pregnancy outreach program in the Downtown Eastside that supports women struggling with substance use issues and overwhelmed by hardship. Neky explains that he was raised by several strong women and he admires his wife as a strong, independent woman who is breaking barriers. He feels he really understands and appreciates a woman’s worth and wanted to celebrate that with his fundraising event, donating 100% of the profits to Sheway.

“I grew up seeing the dynamic roles that women take on in the home and in the community at large. I wanted to use my platform to raise funds for an important initiative and Sheway was a great fit.”

His event, A Woman’s Worth, showcased musical mixes throughout the week curated by women who have inspired Neky, culminating in two hour-long sets Saturday, May 2nd and Sunday May 3rd that played requests by donation. Requests were submitted by making a donation and posting a screenshot in Instastory, tagging @nekythekid.

Learn more about how you can create your own virtual fundraising event to support health care in BC.